Drilling in the Permian Basin

Drilling in the Permian Basin

The Permian Basin, a 300-mile stretch of land in western Texas and southeastern New Mexico, is one of the most oil-rich geographic areas in the world. Part of the attractiveness of the Permian is due to it having multiple horizontal “pay zones” for drillers to target. Despite exploration and production companies extracting oil from the basin since the early 1920s, and oil production in the Permian nearly doubling since 2013, the basin remains one of the most economical areas in which to drill a hole in the United States and activity continues to increase. According to Baker Hughes, there are currently 825 land oil rigs operating in the United States which is up roughly 161% from May 2016. The Permian Basin is home to roughly 54% of these rigs and has seen its rig count grow roughly 230% from May 2016.

While surging oil production in the Permian is a long-term positive for both producers and the United States, some issues are popping up. Oil production in the Permian is currently on pace to outstrip the available pipeline capacity in the basin by late 2018. As shown in Exhibit 1 below, this is just a temporary issue as incremental pipeline capacity is being built and should again exceed oil production by late 2019. However, in the near-term the price that oil producers receive for their oil has decreased relative oil produced in other basins. 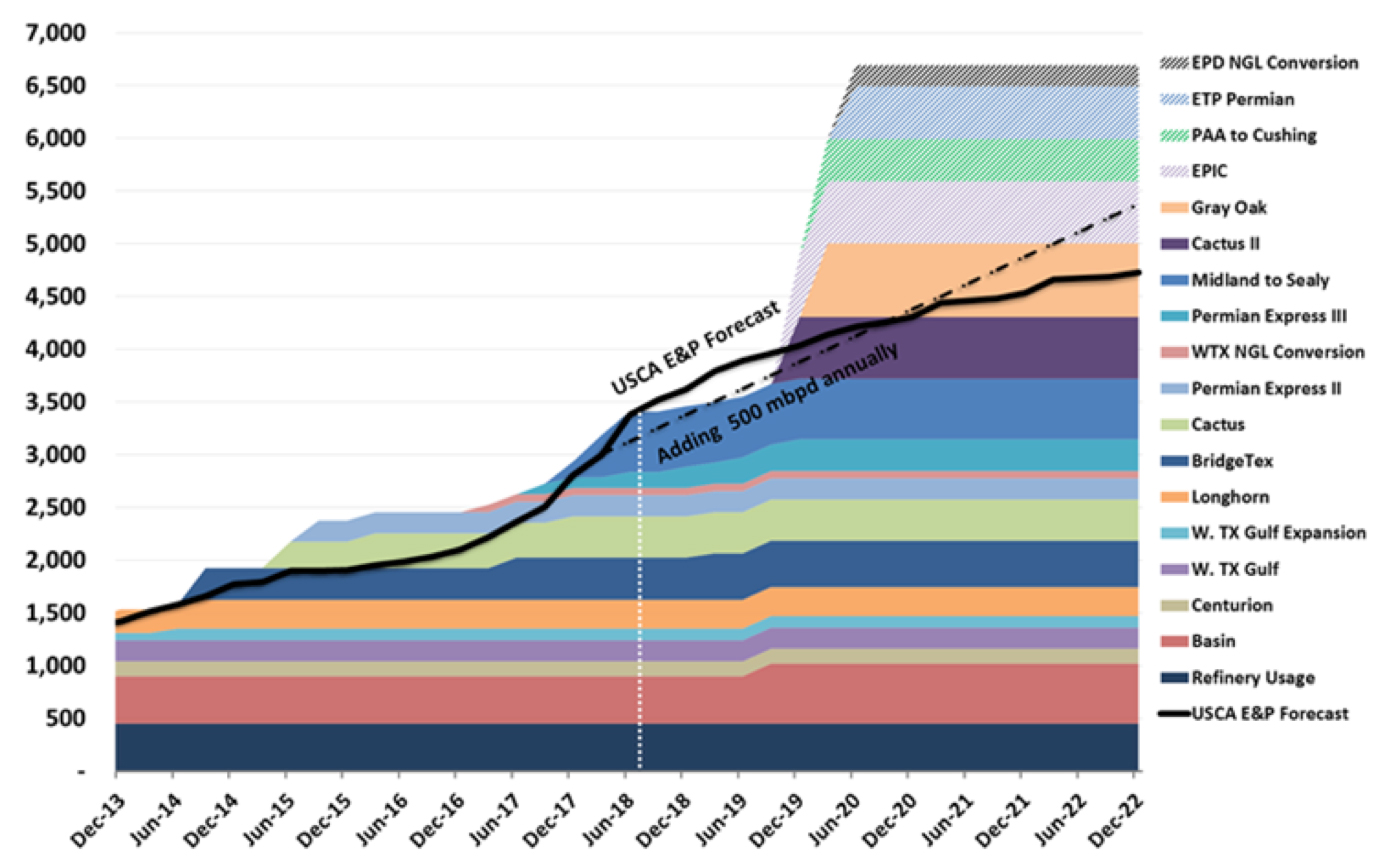 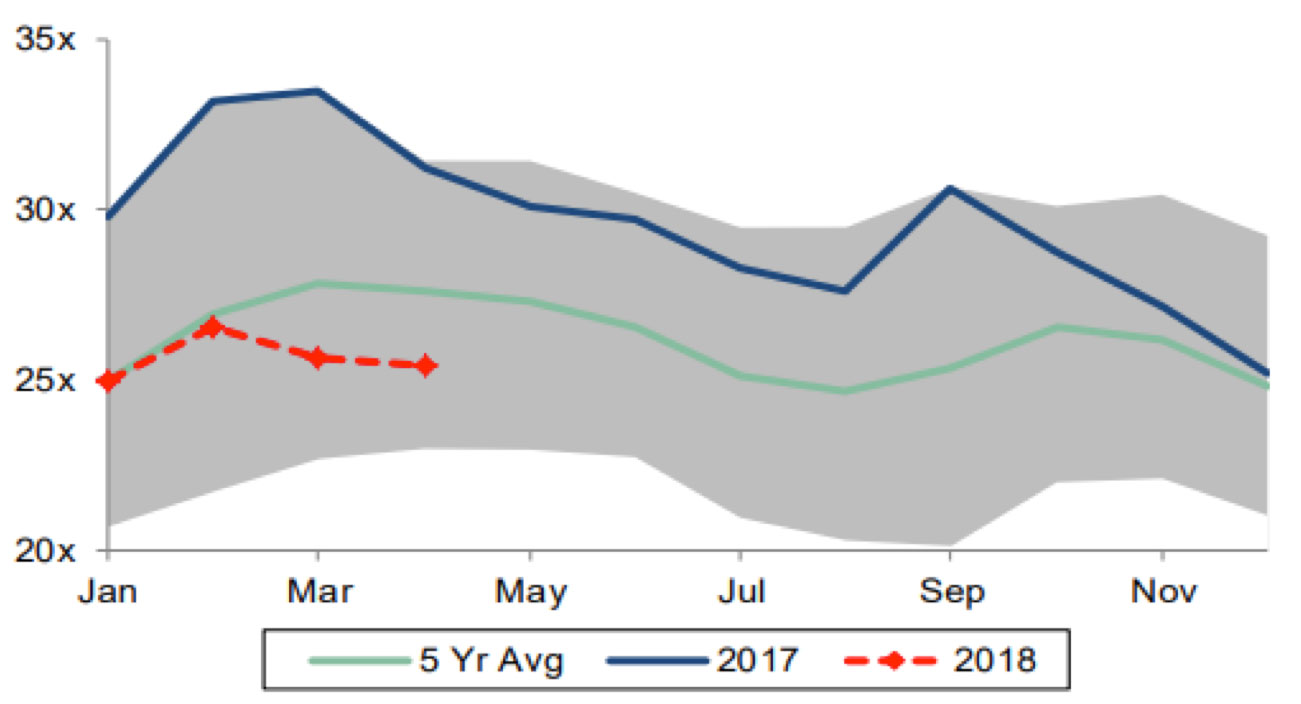 US oil inventories as measured in days of demand, shown in Exhibit 2, have now fallen below the 5-year average and are down significantly on a year-over-year basis. The combination of more normalized oil inventories and potential pipeline capacity constraints in the largest producing basin in the U.S. could provide some positive data points for oil prices, and therefore energy equities moving forward. We continue to look for growth opportunities in the Energy space for our investment strategies.

This information is not intended to provide investment advice. Nothing herein should be construed as a solicitation, recommendation or an offer to buy, sell or hold any securities, market sectors, other investments or to adopt any investment strategy or strategies. You should assess your own investment needs based on your individual financial circumstances and investment objectives. This material is not intended to be relied upon as a forecast or research. The opinions expressed are those of Driehaus Capital Management LLC (“Driehaus”) as of May 2018 and are subject to change at any time due to changes in market or economic conditions. The information has not been updated since May 2018 and may not reflect recent market activity. The information and opinions contained in this material are derived from proprietary and non-proprietary sources deemed by Driehaus to be reliable and are not necessarily all inclusive. Driehaus does not guarantee the accuracy or completeness of this informa­tion. There is no guarantee that any forecasts made will come to pass. Reliance upon information in this material is at the sole discretion of the reader.