Not Your Dad’s E&P

Not Your Dad’s E&P

Earlier this year, we put out a note highlighting the potential for the S&P 500 energy sector to be a strong performer in 2022 due to several positive factors. These factors included energy’s market capitalization relative to the S&P 500 being well below historical averages, the sector having the highest estimated dividend yield despite a valuation multiple below the overall market, and a favorable oil supply/demand outlook due to low inventories and significant underinvestment in exploration the past several years.

Energy strength played out in the first half of 2022 with energy, as measured by the SPDR Energy ETF (symbol: XLE) increasing 28.9% while the S&P 500 was -20.6%. In addition to the factors above, energy benefited from rising geopolitical tension due to Russia/Ukraine and continued depletion of drilled-but-uncompleted wells (“DUCs”) in the United States.

Despite the strong outperformance in energy year-to-date, the sector significantly under-performed in June falling 18% compared to the S&P 500 “only” falling 8.6%. While we don’t know the reason for the sell-off in energy, our best guess is the market is pricing in increased recession risk. This is evidenced by Bloomberg median estimates for real year-over-year GDP growth in 2022 and 2023 falling from 3.9%/2.5% at the start of 2022 to 2.4%/1.8% currently. Additionally, the inverted yield curve, with 2-year Treasury rates above 10-year treasury rates, is a popular recession indicator.

The question is “what now?” If we are going into a recession, energy is acting exactly like it should and isn’t a sector we would expect to outperform. However, the factors we highlighted in January have not changed and the sector appears very different than it has in past cycles, so we are asking the most dangerous question in finance, "Is this time different?"

In prior cycles, energy names typically had high leverage, burned cash, rarely paid dividends, and management was incentivized to increase production. Things have changed. Energy stocks trade at 25-50% the multiple of non-energy sectors on EV/EBITDA (Exhibit 1), have the second highest dividend yield (Exhibit 2), and have net debt levels near 20-year lows (Exhibit 3). Despite the significant drop in the price of oil, production can be hedged above $70 per barrel through the end of 2025 (Exhibit 4) which is a higher price than where oil has traded at for most of the past 8 years (Exhibit 5). 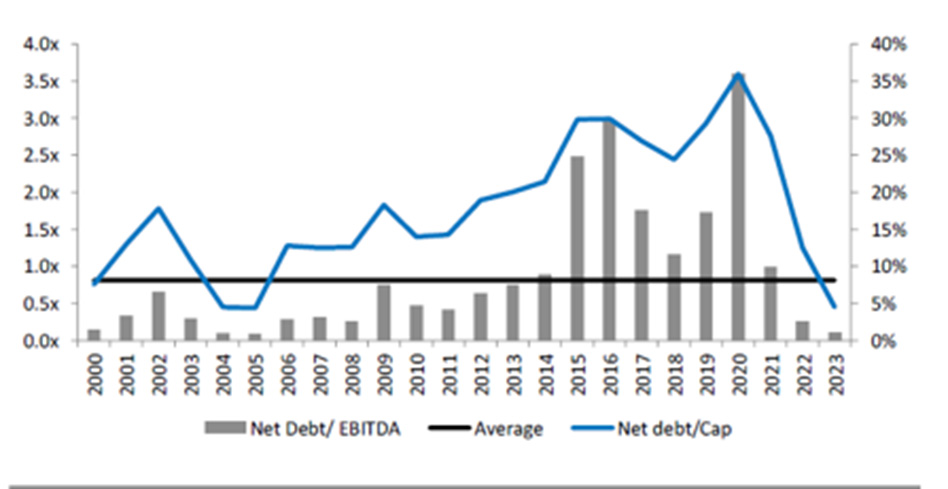 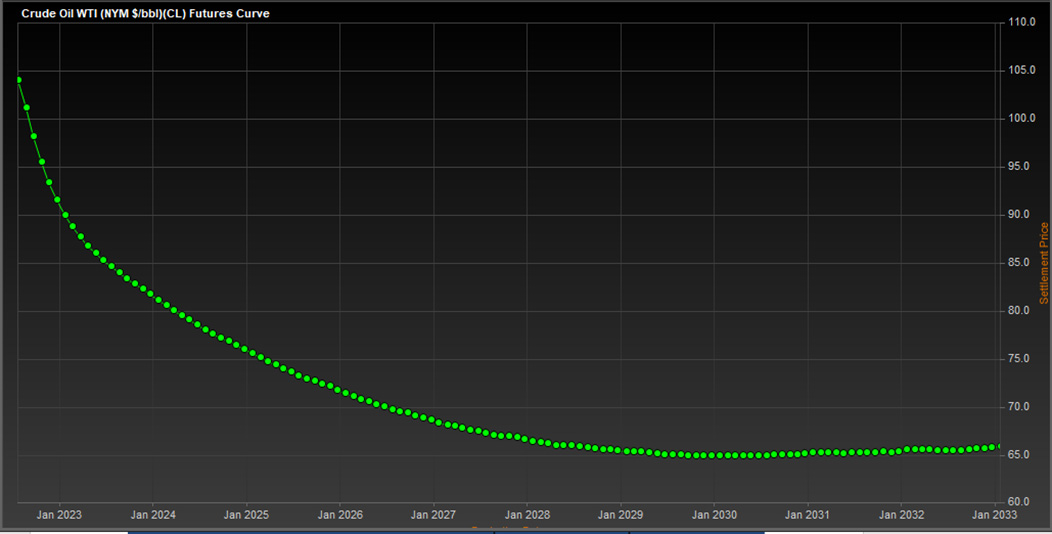 We think it’s fair to ponder if these changing dynamics will cause the energy sector to exhibit more earnings stability through the cycle than what has been seen historically. Hence, we are keeping a more open mind when evaluating investment opportunities in the energy sector than maybe we otherwise would when faced with the deterioration we are seeing in many economic indicators.

This information is not intended to provide investment advice. Nothing herein should be construed as a solicitation, recommendation or an offer to buy, sell or hold any securities, market sectors, other investments or to adopt any investment strategy or strategies. You should assess your own investment needs based on your individual financial circumstances and investment objectives. This material is not intended to be relied upon as a forecast or research. The opinions expressed are those of Driehaus Capital Management LLC (“Driehaus”) as of July 2022 and are subject to change at any time due to changes in market or economic conditions. The information has not been updated since July 2022 and may not reflect recent market activity. The information and opinions contained in this material are derived from proprietary and non-proprietary sources deemed by Driehaus to be reliable and are not necessarily all inclusive. Driehaus does not guarantee the accuracy or completeness of this informa­tion. There is no guarantee that any forecasts made will come to pass. Reliance upon information in this material is at the sole discretion of the reader.

By US Growth Equities Team

By US Growth Equities Team