“His path and personal story were larger than life, and the impact he made as an investor is perhaps only rivaled by the extensive legacy he left as a philanthropist”

A Legacy That’s Larger Than Life

No one was prouder to be a Chicagoan than our founder, Richard H. Driehaus. From modest beginnings to being named by Barron’s as one of the 25 most influential individuals within the mutual fund industry over the past 100 years, he never forgot his roots.

From the outset, Mr. Driehaus was motivated to make a difference. His first taste of the financial markets began at 13. This is when he purchased his first shares of stock using money saved from his paper route. His passion for investing continued and he grew to become the legend and pioneer we all know today.

A devoted philanthropist as well, he saw philanthropy as a form of inquiry. A way of learning about the world. Like investing, it requires strategic thinking, judgment for innovation and tolerance of risk. Over the years, he came to understand that maximizing the impact of donated dollars can be more challenging – and more fulfilling – than earning those dollars. One of many lessons he would impart onto those fortunate enough to cross his path.

We are devoted to carrying on Mr. Driehaus’ legacy and will do our best to continue to grow the countless gifts he has given us.

A Stellar Career in Investment Management

Mr. Driehaus founded Driehaus Capital Management LLC in 1982. He was the architect of the firm’s growth equity investment philosophy and was the firm’s Chairman.

Mr. Driehaus' success began in 1968, when he started his employment at A.G. Becker, where he worked in the Institutional Trading Department. Two years later he became the youngest portfolio manager and was ranked among the top 1% of the portfolio managers measured by the A.G. Becker Fund Evaluation Service. From 1973 to 1979, he worked at various brokerage firms including Mullaney, Wells & Co., where he was the Director of Research, and Jesup & Lamont, where he was Director of Research and a money manager.

In 2000, he was named to Barron’s “All-Century” team of 25 individuals identified as the most influential within the mutual fund industry over the past 100 years. He was also highlighted alongside legendary investors Warren Buffett, Sir John Templeton and Ben Graham in the book: “The World’s 99 Greatest Investors” by Magnus Angenfelt.

Richard H. Driehaus was named to Barron's "All-Century" Team of 25 individuals identified as the most influential within the mutual fund industry over the past 100 years. 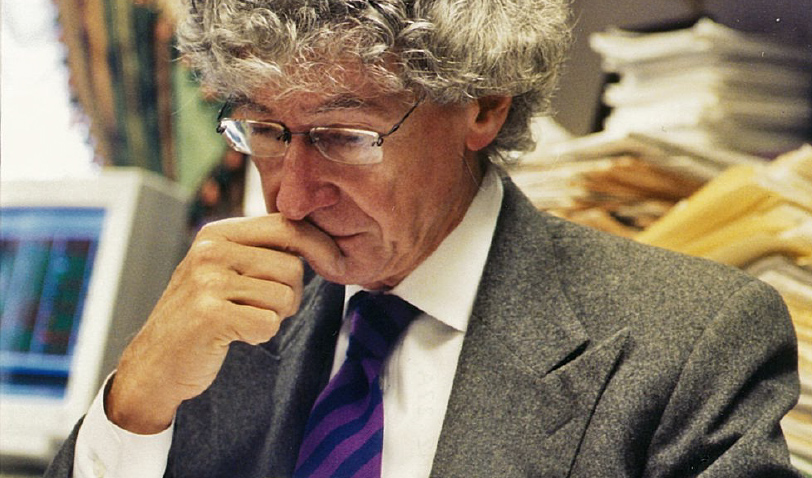 Having grown up in the Catholic faith, with Christian values, he appreciated the significance of a Catholic education. Over the years Mr. Driehaus made grants to his alma maters in recognition of their contributions to his success: St. Ignatius College Prep, St. Margaret of Scotland and the School Sisters of Notre Dame.

Mr. Driehaus’ first exposure to DePaul University was as an undergraduate business student. He earned his B.S.C. degree in 1965 and an M.B.A. in 1970. In 2002 the university bestowed him with an honorary doctorate.

Like the Vincentians, Mr. Driehaus valued philanthropy and educational access for everyone. In 2002, he donated to the university to endow a chair and establish an innovative center in behavioral finance. In 2012, he announced a gift to enhance the academic programs of DePaul’s 100-year-old College of Commerce. He funded scholarships for international MBA students and a virtual stock portfolio contest for DePaul finance students. Mr. Driehaus was a Life Trustee of the school.

In 2004 he made a most unusual gift to St. Xavier University on Chicago’s southwest side – donating Gilhooley’s Grande Saloon to the school, along with the entire shopping center in which it is located. He requested that a hospitality curriculum be established for students to learn restaurant management, service industry skills and bottom line financial responsibility.

Richard H. Driehaus earned an M.B.A. from DePaul University after earning his B.S.C. degree in 1965. 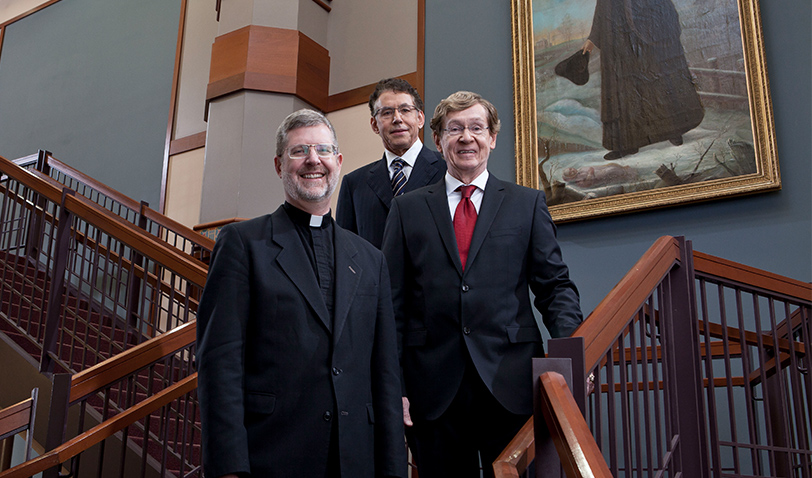 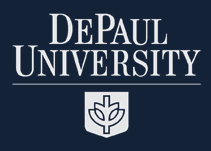 In 2014, Mr. Driehaus gave a speech at DePaul University, his alma mater. He talked about his experiences at DePaul and shared some of his thoughts about investing.

Commitment to Historic Preservation and Design

Mr. Driehaus had a strong personal interest in design excellence and historic preservation. His commitment to the built environment was grounded in the belief that design can make a community stronger and give it more pride.

Since the early 1980s he has been a vocal advocate for the application of humanistic values in the built environment. This underscored his appreciation of architecture that denotes place by reaching back to historic precedents.

Mr. Driehaus personally put these ideals into action in the restoration of three significant historic properties: the 1883 Gilded Age Samuel Mayo Nickerson Mansion, which now serves as The Richard H. Driehaus Museum in Chicago; the 1886 Richardsonian Romanesque Ransom Cable Mansion, which serves as headquarters for his business in Chicago; and the 1906 Georgian-style estate built by Norman W. Harris in Lake Geneva, Wisconsin.

The Richard H. Driehaus Museum explores the art, architecture, and design of the late 19th and early 20th centuries with a focus on the Gilded Age. 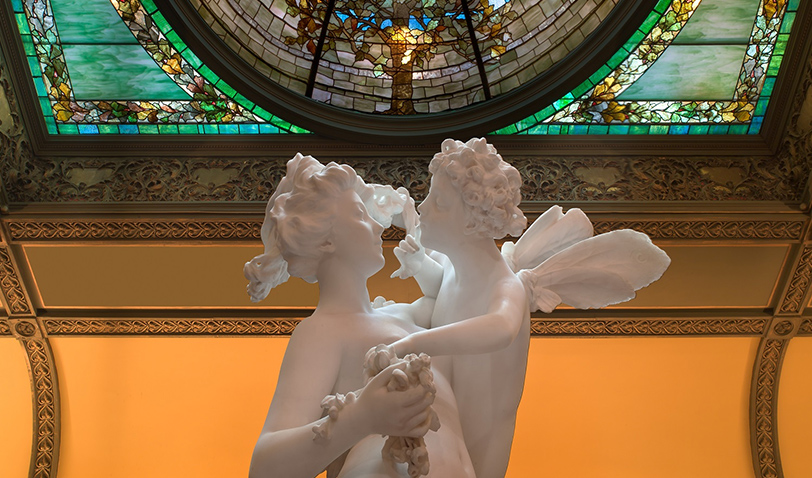 In the Chicago Area

Mr. Driehaus supported a broad range of initiatives, including:

Mr. Driehaus’ interest extended beyond bricks and mortar projects. He funded several landscape design and beautification efforts, including a design competition for the garden at Chicago’s Millennium Park, restoration of the Alfred Caldwell Lily Pool in Chicago’s Lincoln Park, restoration and programs of the Garfield Park Conservatory, as well as support of the Adopt-A-River program, the Michigan Avenue Bridgehouse and Chicago River Museum.

In the U.S. Virgin Islands

Mr. Driehaus enthusiastically supported programs preserving history, cultural heritage and historic structures as well as economic and educational initiatives. He was involved in a plan for economic revitalization of Charlotte Amalie, the historic downtown and waterfront of St. Thomas.

He supported the St. Thomas Historical Trust in its creation of a preservation plan for Hassel Island in the St. Thomas harbor in partnership with the National Park of the Virgin Islands. His support enabled the Trust to also create and expand educational programs in the schools to teach children about the history and cultural heritage of the island. He also was instrumental in the reconstruction of Roosevelt Park in St. Thomas.

Contributions to the St. Croix Foundation focus on restoration as a tool for economic revitalization. Support of the St. Croix Landmark Society has assisted with a summer camp for economically disadvantaged children on Whim, the historic sugar plantation it operates.

Through the University of Notre Dame, Mr. Driehaus established the Richard H. Driehaus Prize for Classical Architecture. This grants a prize annually to an individual who has made an extraordinary contribution or achieved great success in the field of classical architecture.

In 2012, also working with the University of Notre Dame, he established the Rafael Manzano Martos Award for Classic Architecture and Restoration of Monuments. The award is named after the 2010 Driehaus Prize laureate, a Spanish architect known for his distinctive use of the Mudéjar style. It is presented annually in Madrid, Spain.

In 2016, The Richard H. Driehaus Charitable Lead Trust, in collaboration with INTBAU (International Network for Traditional Building, Architecture & Urbanism), established a competition to recover the forgotten architectural heritage of Spanish towns. The Spanish Ministries of Industry and Culture and the Spanish College of Architects are also collaborating on this initiative.

The Richard H. Driehaus Charitable Lead Trust, in collaboration with INTBAU, established a competition to recover the forgotten architectural heritage of Spanish towns. 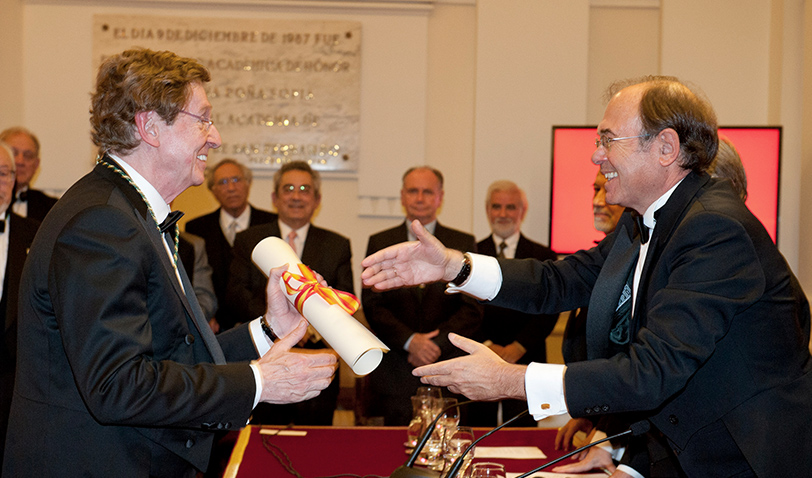 The Richard H. Driehaus Foundation benefits individuals and communities by supporting the preservation and enhancement of the built and natural environments through historic preservation in neighborhoods throughout Chicago.

Mr. Driehaus strongly believed in giving individuals the chance to create their own success. This is in gratitude of those who gave him opportunities to prove himself throughout his career.

Funding of economic opportunity initiatives is focused primarily on programs to benefit people living in poverty. It has ranged from development of a financial literacy program to help low-income families learn how to create and preserve wealth, to an initiative sponsored by South Shore Bank to develop Individual Development Accounts which dollar-match low-income families’ saving plans.

Mr. Driehaus’ support of the performing and visual arts was based on his belief that they provide much-needed balance to people’s busy lives. Grants are typically made through coalitions and alliances to encourage programming designed to broaden civic participation in the cultural life of the city. The Richard H. Driehaus Foundation also partners with the John D. and Catherine T. MacArthur Foundation to provide general operating support to arts and cultural organizations in Chicago.

In the field of fashion, Mr. Driehaus also made his mark. Since 2002, students from Chicago area design schools have showcased their latest creations and received monetary awards for creative excellence. The annual Driehaus Awards for Fashion Excellence, sponsored by Driehaus Design Initiative, a 501(c)(3) nonprofit organization, is hosted each spring.

From Boys and Girls Hope, to the Boys and Girls Clubs. From Old Town School of Folk Music to the Sherwood Conservatory of Music. From Beverly Area Planning Association to the St. Petersburg International Center for Preservation. All of these, and many, many other organizations, have been a beneficiary of the generosity of Richard H. Driehaus.

In 2017, Mr. Driehaus gave a speech for the CFA Institute. The speech is titled "Darwin, the Markets, and Me: The Power of Direct Observation". 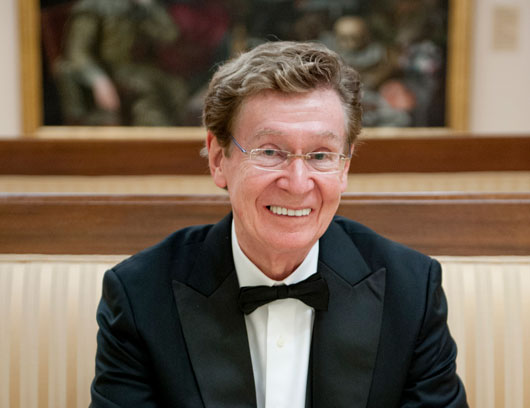