CBD: Coming to a Store Near You

CBD: Coming to a Store Near You

While the newly legalized recreational marijuana industry in Canada and many US states has garnered a lot of investor attention and funding lately, derivatives of a closely-related cannabis plant, hemp, have been given the green light by the US government and are just starting to make their way into consumer products across the country. Industrial hemp was legalized via the passage of the Agriculture Improvement Act of 2018 on December 20, 2018. Specifically, it removed industrial hemp from Schedule I status under the Controlled Substances Act. This made it possible for products derived from hemp, such as cannabidiol (“CBD”), to be sold legally so long as tetrahydrocannabinol (“THC”) content is under 0.3%. While regulatory clarity is still needed particularly with the Food and Drug Administration (“FDA"), 41 out of 50 states have enacted hemp legislation and many consumer products manufacturers and retailers are moving forward with plans to incorporate CBD into their businesses. (Exhibit 1) 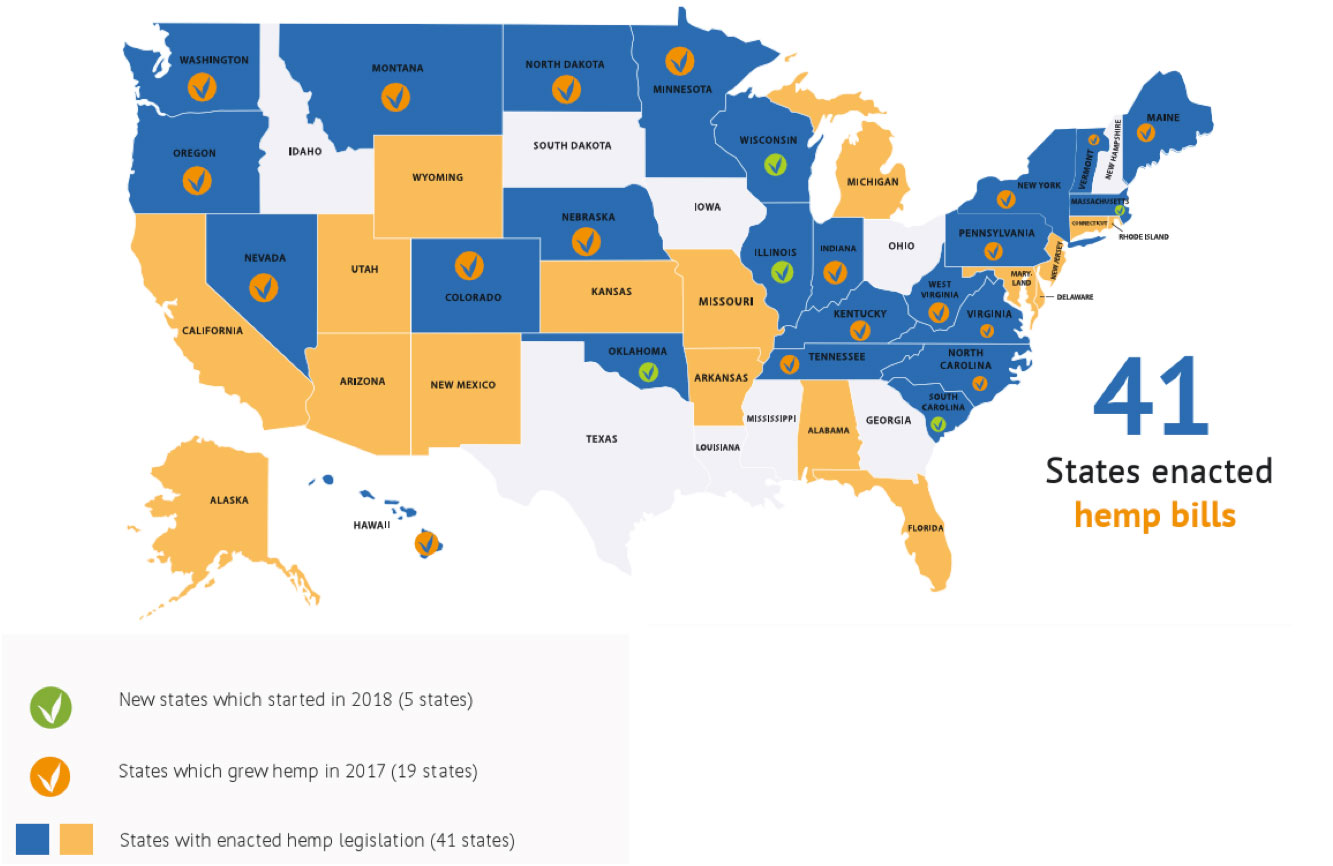 CBD has long been of interest to consumer products manufacturers because of its medicinal properties. Unlike THC, CBD does not have psychoactive properties and is believed to be useful in the treatment of pain, arthritis, anxiety, depression, seizures and many other health problems. These beneficial properties are prompting many observers to predict that CBD consumer products can grow into a multi-billion-dollar market. An analysis by Cowen Research estimated retail sales of CBD consumer products at $600 million-2 billion in 2018 with potential to increase to $16 billion by 2025. In March, as a sign of CBD moving into the mainstream, Walgreens announced plans to sell topical creams, patches and sprays containing CBD in nearly 1,500 stores. Similarly, CVS disclosed that it will begin selling hemp-derived CBD products in over 800 stores in eight states to meet consumer demand for alternative care options. Opportunities for active investors to pick winners and losers should be abundant as numerous companies compete for their slice of a market at the cusp of significant growth.

This information is not intended to provide investment advice. Nothing herein should be construed as a solicitation, recommendation or an offer to buy, sell or hold any securities, market sectors, other investments or to adopt any investment strategy or strategies. You should assess your own investment needs based on your individual financial circumstances and investment objectives. This material is not intended to be relied upon as a forecast or research. The opinions expressed are those of Driehaus Capital Management LLC (“Driehaus”) as of May 2019 and are subject to change at any time due to changes in market or economic conditions. The information has not been updated since May 2019 and may not reflect recent market activity. The information and opinions contained in this material are derived from proprietary and non-proprietary sources deemed by Driehaus to be reliable and are not necessarily all inclusive. Driehaus does not guarantee the accuracy or completeness of this informa­tion. There is no guarantee that any forecasts made will come to pass. Reliance upon information in this material is at the sole discretion of the reader.