Russian equities rose a remarkable 56% (in USD) in 2016, trailing only Brazil for the year (Exhibit 1). Heavily dependent on its vast energy reserves, the Russian economy’s fate is often driven by commodity prices. However, while the market has proven volatile, there have been several bright spots for investors that go beyond the Trump lovefest. There is a genuine macro rebalancing story taking hold in Russia with the authorities focused on finally cracking persistently high inflation and the economy benefiting from a more competitive currency. At the start of this year, I visited Russia to better assess the opportunities and risks. Following is a brief summary of my findings. 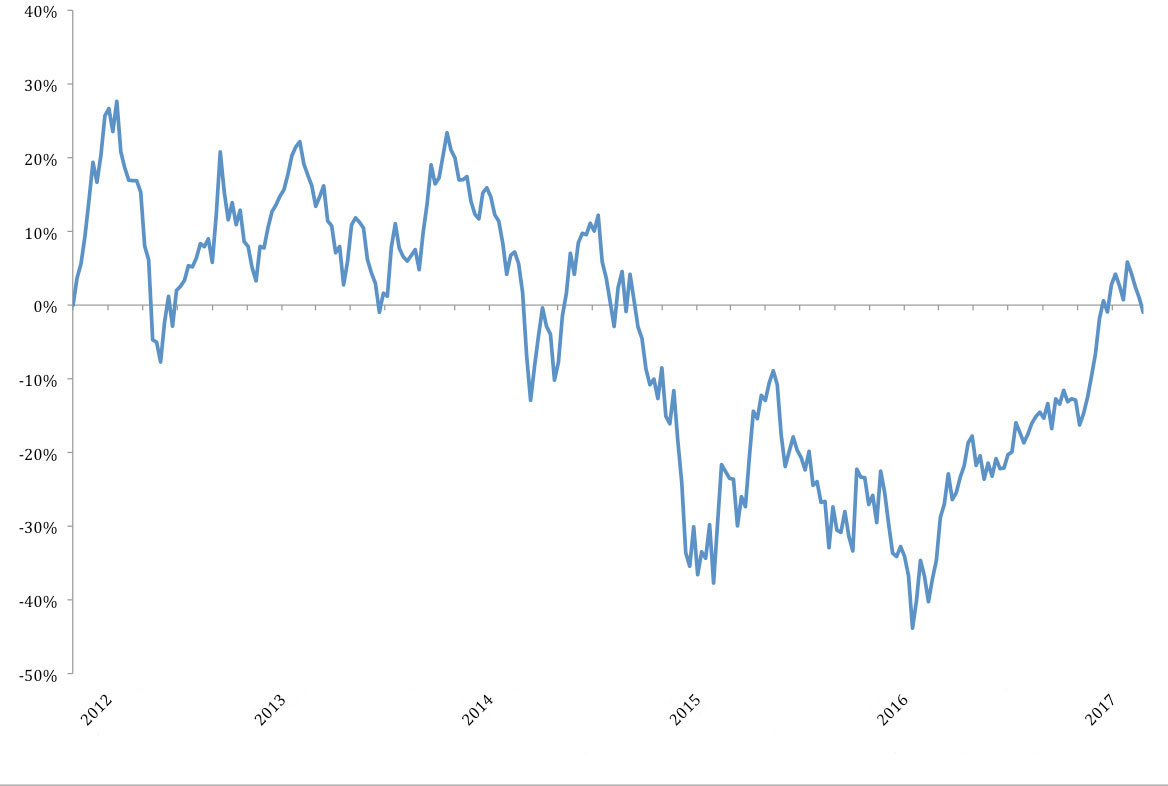 **Policy. **The policy outlook is amazingly orthodox compared to common conceptions of Russia, and is much more orthodox than we have seen in years. The government is targeting very tight fiscal spending, tight monetary policy (real rates are likely to be 450 basis points or so by year-end), and nothing in the way of populist goodies with wages that are likely to rise little in nominal terms. President Putin’s bet, essentially, is that with the energy sector still struggling to provide true growth to the economy, his most realistic near-term solution is to finally crack inflation so that people will at least start to feel better in real terms.

Normally, as a country’s economy is crushed, the heads of government must provide some form of economic assistance but in Russia, Putin is an exception to this rule. He is very popular (80% approval rate), thanks to the perception that Russia is regaining status on the global stage, so he doesn’t need to do the normal pump priming ahead of the election. Also, the finance ministry has a strong preference to keep the ruble weak and, as such, excessive appreciation is unlikely. Eventually this tight monetary and fiscal backdrop will make the Central Bank of Russia cut more aggressively but that’s likely several months away. Throughout all levels of government, breaking the cycle of high inflation is the highest priority (Exhibit 2).

Exhibit 2: Inflation has already fallen significantly and is near record lows but should continue falling structurally as, among other factors, fiscal and monetary policy will remain very tight

**Growth. *Oil remains the primary driver of the Russian economy. However, the degree to which the import substitution industrialization has aided the economy is remarkable. The combination of Russian-imposed sanctions, along with the sharp ruble depreciation, has allowed previously uncompetitive industries to flourish. This is particularly true in agriculture, forestry and some other domestic tradable goods. To the government, this is evidence that a primary reason for the country’s weak growth even before the oil price crash in 2014 was due to its overvalued currency (Exhibit 3). Given that nominal wages have been frozen in most sectors, there has been a major internal devaluation to go along with the FX depreciation, meaning that *Russia now has a cheaper unit labor cost than China**. While oil is still a main driver of the economy, the country is exhibiting a growing dynamism that appears likely to continue.

Exhibit 3: Prior to the recent recovery, the Russian ruble had depreciated almost 40% in real terms, providing a boost to the economy

On a more tactical level, the economy has been slow to improve and business management teams generally have skeptical outlooks. While real wages should benefit from declining inflation, there are concerns rising from the country’s tight monetary and fiscal policy on top of overall negative business sentiment. There is also a degree of acceptance that there are major structural issues remaining, specifically the impact of state enterprises. On the bright side, all conversations with bank management indicated that credit card use and working capital loans were improving, suggesting an increase in growth should be coming in the months ahead.

Capital Markets. There is a positive outlook for deal activity and local markets even if sanctions are not lifted, but it would get much better if they are removed. There haven’t been any true IPOs in three years but the pipeline is building and there is a growing trend of ‘on-shoring’ of corporate finance as external markets remain difficult. There also have been a number of successful secondary public offerings, mostly from the government as the trend of reducing state ownership of local assets is expected to continue. Finally, a lot of corporates got burned by USD funding when they were shut out of USD markets following the imposition of sanctions. This has led to booming corporate bond issuance in rubles, and the government is hoping to foster this trend.

In sum, we see a healthy rebalancing story taking place in Russia with inflation falling, fiscal and monetary policy remaining tight, and investment beginning to recover with the slightly higher oil price. This has been a healthy backdrop for equities and for a risk compression rally. Despite the positive view, we acknowledge that the lion’s share of this rerating has likely already played out with equity performance becoming more driven by earnings potential. We remain positive on companies in the financial sector, tech companies that will benefit from an improved consumption environment, and select opportunities in the materials and energy space, but have reduced our overweight to the market.

This information is not intended to provide investment advice. Nothing herein should be construed as a solicitation, recommendation or an offer to buy, sell or hold any securities, market sectors, other investments or to adopt any investment strategy or strategies. You should assess your own investment needs based on your individual financial circumstances and investment objectives. This material is not intended to be relied upon as a forecast or research. The opinions expressed are those of Driehaus Capital Management LLC (“Driehaus”) as of March 2017 and are subject to change at any time due to changes in market or economic conditions. The information has not been updated since March 2017 and may not reflect recent market activity. The information and opinions contained in this material are derived from proprietary and non-proprietary sources deemed by Driehaus to be reliable and are not necessarily all inclusive. Driehaus does not guarantee the accuracy or completeness of this informa­tion. There is no guarantee that any forecasts made will come to pass. Reliance upon information in this material is at the sole discretion of the reader.