Since oil peaked in 2014, offshore drillers have largely struggled to stay afloat. The group was impacted by significant production growth in US Shale oil, which is a more economic and less risky production endeavor, and a decision by the Organization of Petroleum Exporting Countries (OPEC) to defend market share by increasing production. As a result, there has been significant underinvestment in offshore production with capital expenditures falling each year since 2014, despite Brent oil prices having more than doubled from the 2016 lows.

This underinvestment is not sustainable due to the natural decline rate of oil wells. As producing oil wells mature, they lose pressure, and their rate of production declines. Oil companies need to invest heavily, not only to offset the impact of the natural decline in producing wells, but to grow production in excess of current rates to meet rising demand. While activity has been weak, offshore is approximately 30% of global production, which is still very significant. More significant is that it often takes up to four years from project approval until first production. With US shale production starting to bump up against capacity constraints, as evidenced by recent pipeline issues in the Permian Basin, and oil inventories having normalized below five year averages, we are starting to see several green shoots that indicate offshore activity is stabilizing and setting up for actual growth for the first time in years. At Driehaus, we are focusing our efforts on identifying attractive growth investment opportunities in the offshore oil and gas space that could benefit from these trends. 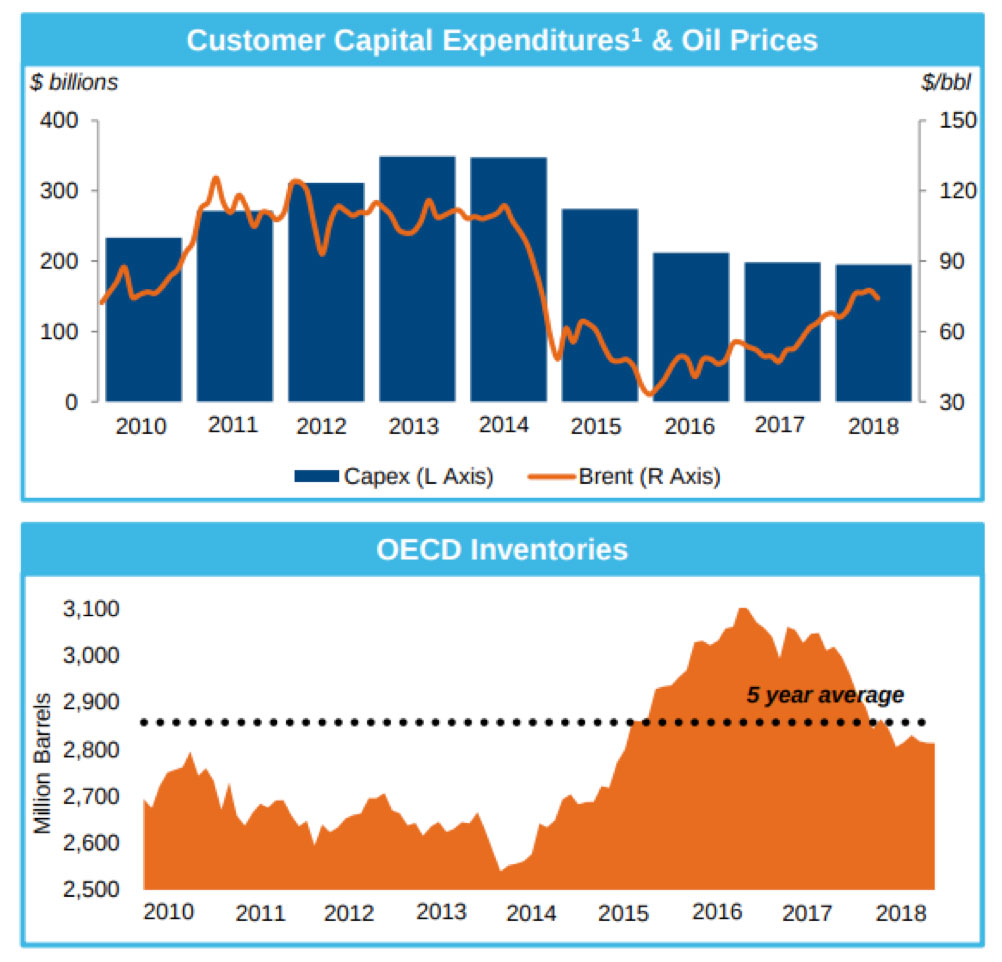 This information is not intended to provide investment advice. Nothing herein should be construed as a solicitation, recommendation or an offer to buy, sell or hold any securities, market sectors, other investments or to adopt any investment strategy or strategies. You should assess your own investment needs based on your individual financial circumstances and investment objectives. This material is not intended to be relied upon as a forecast or research. The opinions expressed are those of Driehaus Capital Management LLC (“Driehaus”) as of October 2018 and are subject to change at any time due to changes in market or economic conditions. The information has not been updated since October 2018 and may not reflect recent market activity. The information and opinions contained in this material are derived from proprietary and non-proprietary sources deemed by Driehaus to be reliable and are not necessarily all inclusive. Driehaus does not guarantee the accuracy or completeness of this informa­tion. There is no guarantee that any forecasts made will come to pass. Reliance upon information in this material is at the sole discretion of the reader.